I’m getting seriously tired of running indoors… Good mental training, blah, blah, blah. Running outdoors in Oslo during the past weeks has been a big no-no because of all the thick ice on the sidewalks. I wouldn’t want to slip and get injured but I’d also like to avoid putting too much pressure on my heel. I’ve been feeling a kind of numb ache in it the last couple of mornings, but I hope I’m imagining things. Sondre has put me on a firm and steadily increasing regimen of kilometres for the last four weeks and I’ve slowly been accumulating extra kilometers each week. After Morenic Trail last fall I would guess I’ve averaged slightly less than 50 km a week; enough to keep in decent form, but not nearly enough variation in my program to progress and excel. Which is what I’m hopefully doing now. Next week I’ll move from four to five runs a week, and even if I’ve trained up to six, a few times even seven days a week at most (topping out at nine trainings a week at the peak: three each of running, swimming and biking before Forestman) a few years ago, it’s been a while.

I’d like to say that’s it’s age getting to me, but considering the fact that I’m not only 12 days older than Marit Bjørgen (the most-decorated female winter Olympian of all time and as of today, the female skier with most gold medals in the World Cup when her team came in first at the 4×7,5 km relay), ten days older than  Johan Olsson (who won gold in the men’s 10 km freestyle yesterday) and one year older than Zlatan Ibrahimovic himself, then, well, I should probably not complain. If they are still performing at the top of their game, then why shouldn’t I? Or as Zlatan likes to put it: ”I’m like a wine: the older I am, the better I get.”

So quit whining, and start running those intervals! For the record, today’s run will feature the following:

One month to go before I venture outside. Too cautious? Maybe. But it’ll be worth it. Trust me. 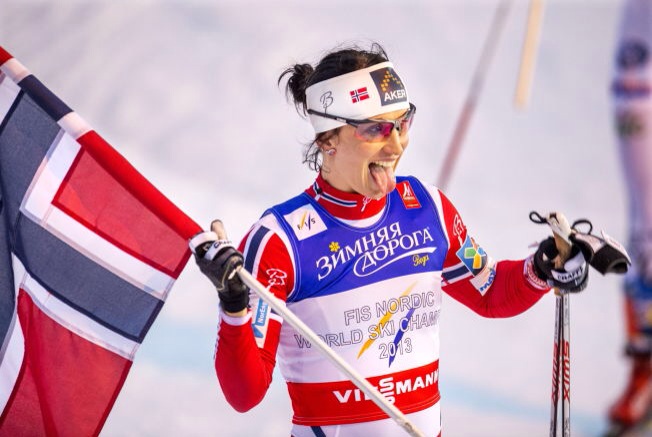 Marit Bjørgen, the most decorated female winter olympian of all time.

The King and the Old Wine. No more introduction necessary.