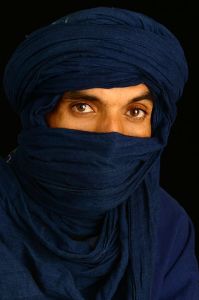 When one considers the name of Marathon des Sables (MdeS), it undeniably has a certain poetic ring to it. It means simply Marathon of the Sands, and conjures up images in one’s mind of mighty sand dunes coloured in ochre, rusty red and gold. It is considered by many to be the toughest foot race on Earth and even though it has several rivals for the top spot on such a list (foremost among these being the 246 km long Spartathlon in Greece and the 217 km long Badwater Ultramarathon in Death Valley – the driest place on Earth), it is certainly no easy feat to accomplish. In 2010, Time Magazine named the race as one of the Top Ten Endurance Competitions in the World, among other renowned races such as the Tour de France, Vendee Globe (one person on one yacht, travelling around the world) and the Iditarod Trail Sled Dog Race (1850 km across Alaska).

The first MdeS was held in 1986 and since then more than 13 000 runners have completed it. The race is organized by the French, but >70% of the competitors are of international origin. This year, a record number of 36 Scandinavians will be participating, among them nine competitors from Sweden and four from Norway.

As of 2007, two competitors had died during the race. Since then, mortality rates have risen so high that the race organizers do not keep a tally any longer. Just kidding. But the race has played arena to several unbelievable stories of endurance and fortitude. Maybe you have heard about the Italian police officer Mauro Prosperi who, in 1994, got himself lost in a sandstorm during the race and ended up running several hundred kilometres off course into Algeria. After a day and a half, he ran out of food and water and survived by drinking his own urine and biting the head off the occasional bat or snake he found. Taking refuge in a mosque, he decided to slit his wrists in order to avoid suffering a long, painful and drawn out death. Unfortunately – or luckily, depending on which way you look at it – severe dehydration caused the bloody wound to clot faster than normal, effectively stopping him from bleeding to death. Having spent nine days alone in the desert, he was ultimately found by a nomadic family and taken to an Algerian military camp and from there to a hospital to recover.

The last decade and a half, the Moroccan brothers Lahcen and Mohammed Ahansal have taken turns winning the competition, Lahcen being victorious ten times and Mohammed winnig the race thrice. Last year, the race was won by the Jordanian Salameh Al Aqra who crossed the finish line in 19 hours 59 minutes, a truly impressing feat. Jakob & Jakob have unanimously decided not to try and outrace him from the start, rather relying on the old and reliable method of the Norwegian cross country skier Petter Northug, crushing him in the final sprint.

But MdeS is not only about surmounting one’s own personal limits, but is also a frontrunner when it comes to organizing a green and ecological race, making sure that no rubbish is left at the camps or along the race course. Every single water bottle is numbered with the competitors number, and if the organisers find an empty bottle by the side of the route, the competitor will get severely penalised. Repeat offenses could mean disqualification. Other than the runner’s tracks, it’s impossible to see where the camps have been set up. Villages along the race route are supported through donations of wells, agricultural tools and books that are regularly donated and the founders of MdeS – Patrick and Marie Bauer – have set up a foundation in Ouazarzate in the south of Morocco to support the education of women and children and to encourage sports development for the disadvantaged.

Apart from us, the 1060 contestants, we will be joined by 400 support staff, 270 berber and Saharan tents, 120 000 litres of mineral water, 100 all-terrain vehicles, two helicopters, one Cessna plane, one incinerator lorry to burn waste, 52 medical staff and four camels.

From: Träning
← Where did the spring disappear?
Is there sand in Manhattan? →
No comments yet