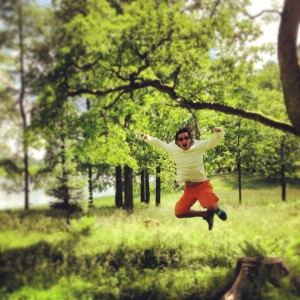 After the fall of the Berlin Wall, our family started spending the summers with our relatives in Slovakia. Or rather, mom and dad spent summers catching up with our grandparents, aunts, uncles and friends while my brother and I were unceremoniously dropped off at various summer camps all around the country. Since we are 14 cousins on dad’s side of the family alone (counting another four on mom’s side), we weren’t wanting for company during our forays into the Slovak wilderness. The one camp we both still remember most fondly was kayaking camp. We used to camp together with a whole posse of kids and adolescents and were the scourge of the river Dunajec bordering Poland. The wildlings on the other side of the river were naturally pelted with pine cones and pellets on sight but luckily we encountered precious few of those. Anyway, my love of travelling on water has been burning bright ever since. To my great sorrow I never did learn how to sail (my little brother has promised to teach me – for a hefty fee) but I’ve grasped every available opportunity to grab a double-sided paddle and go kayaking when I can. 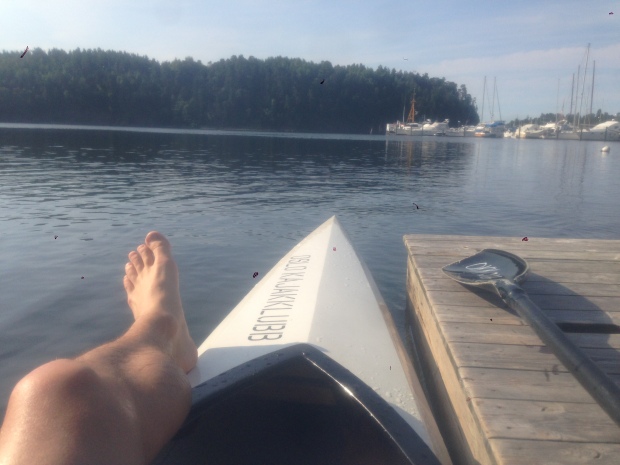 Safe and sound back at the clubhouse.

After an application procedure to rival that of getting tickets for the Football World Cup final I finally managed to join an intro course for the Oslo Kayak Club and spent a blissful Saturday morning last week all on my own, cruising the mirror-like surface of the Oslo Fjord. Hubris compelled me to pick a medium level kayak, faster than the beginner’s version but also more easily tipped over as I learned to my dismay after a couple of minutes. Turning my head to admire the coastline and lowering my hand into the water I suddenly lost balance and started flailing wildly in order to stay dry and not take an involuntary plunge into the icy (yes, it’s July and yes, I live in Oslo) waters. I am quite sure my sudden loss of balance had nothing to do with the nudist beach I was passing at the time. At any rate, they waved cheerfully back at med while I was imitating a windmill trying to regain some sort of equilibrium. After regaining both my balance and a bit of wounded pride I continued to round Dyna Lighthouse (a cosy little house clinging to a cliff smack in the middle of the fjord) I turned back towards the clubhouse at Bestumkilen. 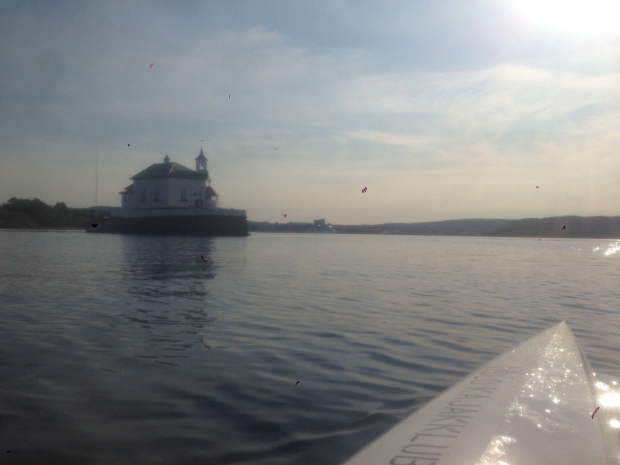 Yesterday afternoon didn’t go quite as smooth for me and coach Stefan since we had failed to check the wind strength and consequently found ourselves in very choppy waters indeed. You feel pretty small when your butt is located a couple of inches below the waterline and the waves come crashing into the cockpit. Poor Stefan did a brave attempt at turning back but his kayak decided it had been a while since it had tipped a driver into the sea, and so it did. Promptly. My patented windmill-imitation kept me dry, but it wasn’t for my own kayak’s lack of trying to put me in a similar situation. This time I didn’t even have nude people to blame.

Oh, and how the running’s going? Very well, thank you for asking! Four to five times a week averaging around 60k feels pretty OK. Last week’s long run down the lovely road in Sørkedalen led to a new record for 25k in 2:04 which I was very happy with. I just hope I’ll be able to keep it up in France during the Alesia Trail. Did you know that Alesia is the site where the Gaulic chieftain Vercingetorix was finally defeated by the armies of the Roman empire? As an old fan of the comic Asterix, it’ll be great fun to run a race held in Vercingetorix’ honour. It’ll feel like our own Tour de France. Without the bikes. And doping. 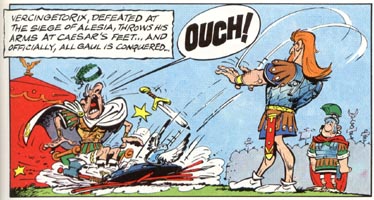 From: Träning
← So. What to do this summer?
Toughening up →
No comments yet