There are a more than a few classical footraces out there. I remember my lovely wife once asked me if Jakob and I really intended to apply for Marathon des Sables right after having finished both Forestman and Trail du Verdon in a little more than a year. She was genuinely concerned that we would run out of competitions, and wondered if it wouldn’t be better if we simply ”saved a few races for later”? ”Beautiful, I could live to be a hundred years old and I still would have a thousand adventures left to live.” Ultra Trail du Mont Blanc along with Spartathlon in Greece are probably the two foremost races in Europe, and across the Atlantic we have the Badwater Ultra Marathon (217 km run across Death Valley, one of the hottest places on Earth), the 6693 Ultra (don’t even go there – seriously) in the Yukon and the Jungle Ultra through the Peruvian Amazon. And then we haven’t touched down in Africa (Comrades Marathon), Asia (The Great Wall Marathon) and Australia (the Westfield Sydney to Melbourne Ultra Marathon, run between 1983 and 1991) yet. And think of all the other fun stuff that doesn’t include running! Sail the length of the Mediterranean, for instance, or ski the Haute Route in Vallé Blanche. The possibilities are endless.

Sorry about that. Got carried away, once again. As you may have noticed on Facebook, a few weeks ago I got lucky in the draw to UTMB and secured a spot to this year’s race, and I’m just as happy to report that dad got his very own ticket to the OCC during the same event. Which means that we have almost exactly seven months to get in shape for the races. It seems like a lot of time, but we need to spend it wisely. Which is why I have come to the conclusion to ask an expert for help. As soon as I got the confirmation e-mail from the UTMB-organizing committee, I contacted Tim Bennett, President (let’s just call him Mr President, shall we?) of Kondis, a Norwegian magazine and internet site (basically a kind of forum) for all things running related, from ultramarathons to the 3000 m steeplechase. Tim is an extremely talented and experienced runner, who has run many of the classic Norwegian races, first and foremost among them Norseman, Jakob & Jakob’s wet dream for the past six or seven years. He’s participated in the insanely tough event several times (was it ten times, Tim?), and managed to squeeze in 5000 (!!!) km of running last year along his fulltime job. His shortlist for coaches was just that: short. And he wasted no time in recommending the only coach that would do; not only an experienced ultra runner and coach, but also preferably someone with personal experience from UTMB. Sondre Amdahl, a seriously awesome runner, came in 7th (!) at last year’s UTMB and fit the bill perfectly. As luck has it, he’s also a running coach and had no trouble fitting me into his stable of runners. I have to say, with the possible exception of the professional triathlete Pasi Salonen, who coached us during Forestman, no coach has ever approached me as competently as Sondre. He required me to answer two pages worth of questions regarding my running and training history along with my motivation, jobdetails and family situation, and after 50 minutes of Skype conversation last week, we created a game plan together. I start in two days: Monday 2 February.

I’m psyched. Can’t really wait to get started. The feeling you have at the starting line, knowing that you’ve done your best during training and couldn’t be more fit, is a sensation I have lacked during the last couple of years. Since MdeS, to be precise, which is the last time we had a proper coach. There’s always a certain sense of uncertainty when you try to construct your own training plan, but putting it in the hands of someone competent always makes me relax. One of my main focus points during the spring and summer will be to avoid injuries, which would be extremely detrimental in that they could potentially push back my build-up several weeks. Which is why I’ve decided to skip a city-Marathon during this spring. I’m planning to apply for Eco-Trail Oslo in May. Man, are those starting numbers expensive, by the way!!! Charging us 1200 NOK is high-way robbery, as far as I am concerned. What are their expenses, for Chrissakes? 80% of the race is on forest roads and trails! Will w eget a medal dipped in 24 carat gold at the finish line? An average marathon in Europe costs around 50-60 Euros, and UTMB charges 200 Euros. And an Oslo ultra charging almost 140 Euros? That’s just plain greedy. Regardless, I’ll probably run it anyway, for training purposes as well as for the practicality since it’s my adopted home town. And then I’ll try to apply for Kilian’s and Emilie’s skyrace in Tromsø the first weekend of August, even though I’m convinced the starting numbers will disappear in less than 20 minutes as soon as they let the tickets go in a few weeks. That’s what happens when superstar ultrarunners arrange a race in the beautiful parts of Northern Norway. It’s going to be a cool year, I can tell you that much. 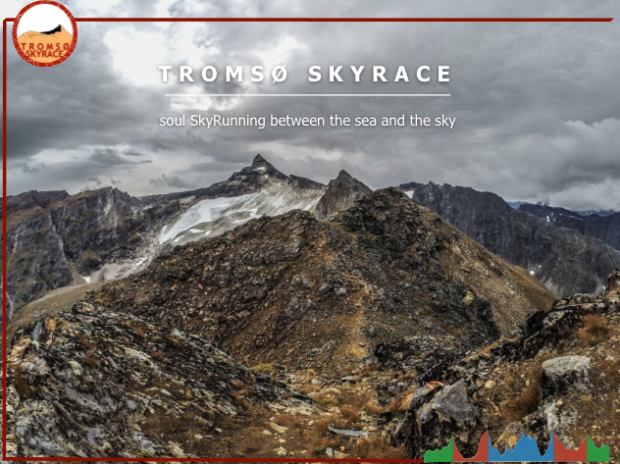 Kilian and Emelie’s Skyrace in Tromsø.